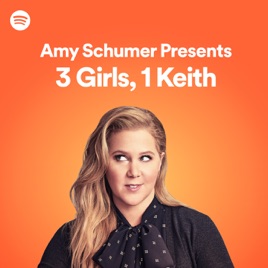 If you’ve been invited to a podcast that uses the Anchor app to produce the show, you may wonder how it works.  Depending on your level of comfort with today’s apps and podcast solutions, these instructions may be anything from confusing to as simple as drinking water.

The Podcast host will send you an invite from her/his side asking to send you, the interviewee, an invite/link via multiple medium.  S/he will will click “invite friends to join.”

There are so many mediums that are available today, Anchor provides multiple ways of reaching out to you, the guest: users who already have the app and are ready to go, text messages, twitter, facebook, and all the other default apps or media that your phone lets you select when clicking on … More.

For the sake of brevity, we’ll explore just a few of the popular options (and the ones in order here  minus “anchor friends” because we’ll assume if you know the app, you’re probably not confused enough to google this):

Instructions using an iPhone as the Interviewee

We can’t say if you MUST have the app on your phone, but it definitely makes it easier.  Most likely, if you don’t have the app on the phone, it will open up a web app version of the interface, but given how easy it is to install and delete an app, I’d say just install it and have it available for the next time you’re interviewed.  You want to be famous, don’t you?

Step 1: You’ll receive a text from the host

Step 2: You click on the link and the app opens (or the web app)

WALLA!  You are now live with your host.

Be prepared because from that moment, you should be recording…so be on your best behavior!  Hopefully, you have a good rapport with your host and s/he won’t use any funny quotes against you.

S/he will most likely want to edit it down to the “good stuff” anyway, but realize it says “join recording.”  You are literally recording the moment you click on the check.

Instructions below for Android Phones

Instructions when receiving a link from email

Perhaps you want to you use your Blue Snowball microphone or higher quality audio recording device on your computer?  So…you just need to access the invite/link from your desktop or laptop computer and open the link from there.

It will open up a browser instance which should be connected to your microphone, but it will also give you options to select from.  The default is usually the best unless you have some weird setup.  And then click on “Join Recording.”  Again, you are literally recording the moment you click on the link that says RECORDING.

The instructions are basically the same as receiving a link via email (gmail) or any communication medium that you can access the link that opens up a browser instance (which triggers a web app).  If you have the app on your phone, it will open that potentially, but it is simply a link that is opening either media and Anchor has got you!

You can see, I took a snapshot of the twitter invite via my iPhone, but if you see the tweet on your desktop, it will look differently and will just open up a web app via a browser instance on your laptop or desktop.

Same as Twitter: Again, the instructions are basically the same as receiving a link via email (gmail) or any communication medium that you can access the link that opens up a browser instance (which triggers a web app).  If you have the app on your phone, it will open that potentially, but it is simply a link that is opening either media and Anchor has got you!

And again, this is a screenshot of an iPhone instance of the invite via Facebook, but what you seen on a laptop or desktop (or even iPad or Samsung tablet) is basically all the same.

The folks at Anchor are true social whizzes!  They know that the invites via these 2 VERY POPULAR social media websites are telling the world that their app is being used and inviting guests simultaneously.  Can you imagine if Howard Stern tweeted to the world that he was using the Anchor app to interview Donald Trump on Twitter or Facebook?  The whole world would be starting their podcasts tomorrow.

Frankly, given the (podcast) statistics these days, everybody and their mother has started a podcast.  Even Amy Schumer has one!

Let’s say you have a brand new Samsung S20 (which I hear is an AMAZING smartphone), you’re going to be obviously using Android for your operating system.  It’s basically the same except you’ll be obviously either downloading the app from the Play Store or you’ll be accessing it from the default browser on your Android device.